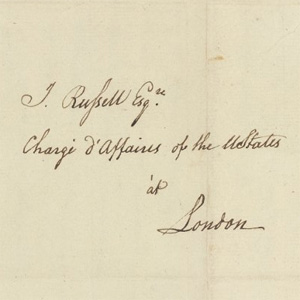 Appointed chargé d’affaires in Paris in 1810 by President Madison, Russell served as one of five U. S. negotiators for the Treaty of Ghent, which ended the War of 1812. He subsequently served as United States Minister to Sweden and Norway from 1814 to 1818. The collection consists of correspondence, documents, ledgers, passports, and an account book created or received by Jonathan Russell during his career as merchant and diplomat between 1810 and 1818.z