Representations of Blackness in Music of the United States (1830-1920) 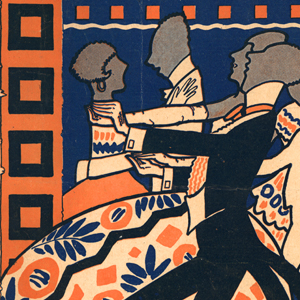 This collection is a grouping of approximately 1,400 items dating from the 1830s to the 1920s. The contents of the collection depict representations of Black diasporic people and cultures through close to a century of illustrations and musical and lyrical compositions found in sheet music publications. The collection depicts representations of Blackness during an era dominated by the sheet music publishing industry and prior to the recording industry’s eventual domination over the commercial market which began in the 1920s.

For additional information, context, and historical essays about the music in this collection please see the website created by the Brown University Library's Center for Digital Scholarship: African American Sheet Music

For questions about this collection, or other materials in the John Hay Library, contact hay@brown.edu. "Oh, I don't know," or, I thought I was a winner:: comic song and refrain with coon parody (I'm waiting for you) Liza Jane The 9th battalion on parade The admired song of Lucy Neal Ain't you coming out to-night Aint got nothin', never had nothin', don't want nothin' but you Albany, or, Dat's de only town looks good to me All aboard for Dixie land