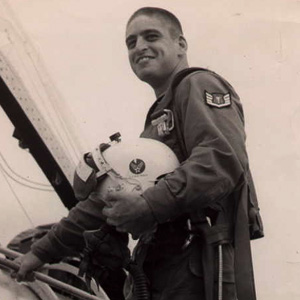 This collection contains the 2011 oral history interview of Harold F. Chorney (Class of 1961) by Professor Elizabeth Taylor and supplementary biographical materials as part of the Vietnam Vets Oral History Project. His recollections concentrate on the years 1957 to 1976 and include Brown University days as proctor of Plantation House and Air Force ROTC, survival school training, flying for the Military Air Transport Squadron transporting cargo, Air Evacuation, “embassy runs,” 37 Vietnam missions, some combat, and his reserves duty at L.G. Hanscom Field in Bedford, Massachusetts. Chorney also describes his diagnosis with Post-Traumatic Stress Disorder (PTSD). A short segment at the end of the oral history interview recounts growing up in Pawtucket, Rhode Island (circa 1949-1957) as a son of immigrant parents from Ukraine and Bessarabia. How you can stay out of prison - presentation by Harold F. Chorney Scanned photograph of Hal and others at Lochborne AFB in Ohio or Waco. Scanned photograph of Hal Chorney at summer camp at Lochborne AFB in Ohio. Scanned photograph of Hal Chorney getting his rank pinned on by his ex-wife. Scanned photograph of Hal Chorney, retired, wearing his flight jacket with squadron patches in front of a C-124 aircraft.