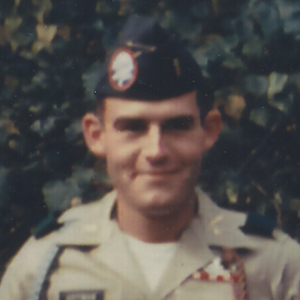 This collections contains materials about the life of Geoffrey Charles Getman (Class of 1965) and his service in the Army during the Vietnam War. The materials were collected as part of the Vietnam Veterans Archive project by Professor Beth Taylor. Getman trained as an Infantry Captain, but after receiving serious wounds in January 1968, recovering, and receiving a purple heart, was assigned to desk jobs thereafter. His last position in Vietnam was as XO of LRRP company E/20 LRRP (Long Range Recon Patrols) / 75th Infantry (Rangers) Regiment where he handled army administration and logistics. He extended his tour to become an R&R Liaison Officer, spending the last 100 days of 1969 as the MACV liaison officer at the R&R Center in Honolulu. He was discharged as a Captain in March 1970. This collection contains a brief biography of Geoffrey Getman written posthumously by his sister, Susan Getman Abernathy, and her recollections of her brother’s feelings and her role in anti-war efforts, during the Vietnam War era. There is also a communication describing his military and civilian life that Geoffrey Getman sent in 2003 to his OCS classmates via email as they were reuniting in the virtual world, state-side. There are two photographs of Getman in his dress uniform circa 1967.

Autobiography in the form of an email to the 83rd Company Geoffrey Charles Getman in uniform with family at going away party.