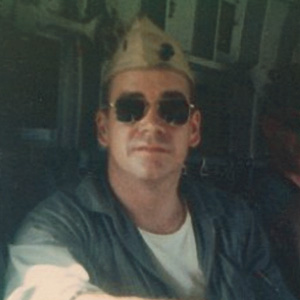 This collection contains biographical information about Michael John Carley (Brown University Class of 1962), who was killed in action (KIA 670227) while copiloting a helicopter mission in the Vietnam War. Carley had flown 320 missions, entitling him to 16 Air Medals. A large part of the collection is in the form of an oral history and other recollections by his widow, Connie Worthington (Brown University/Pembroke Class of 1968). Worthington talks about their days as students at Brown University, Carley’s pilot training, his experiences in Vietnam and his memorial services, as part of the Vietnam Oral History Collections. There are also recollections about Mike Carley from his U.S.M.C. comrades from military-related sources and from a reunion with Connie, son Michael Carley, Jr. and the surviving members of Mike Carley's [Sr.] squadron. Includes a published book by Mike's brother, Richard Carley, titled "Growing up on the farm: a Sharon Mountain story" which includes historical recollections of the town of Sharon, Connecticut, and a remembrance of Mike.

"Around and About" by Worthington, Constance. Column for the Junior League of Providence magazine/newsletter. Correspondence from Charles A. Baldwin, Chaplain of the University to Mrs. Constance Carley enclosing a copy of the Morning Worship and Alumni Memorial program Ky Ha, Vietnam as seen from the air Mike Carley (on right) and Mike Kennett on the transit line at Cubi Point.