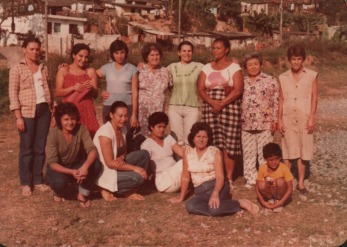 This digital collection offers a preview of work done by the Grassroots Archive Digital Initiative (GADI) during its pilot project in São Paulo, Brazil from 2017 to 2019. GADI aims to create digital archives that are jointly managed by communities, social movements, and universities. The initiative identifies at-risk documents of historical value and partners with historically marginalized communities to digitize, organize, and make them available for community members and researchers alike. By sharing the management of the digital archive, GADI seeks to democratize the traditional institutional archive and ensure that historical patrimony serves the needs of the groups and communities that produced it. GADI's pilot project digitized thousands of documents and conducted over fifty oral histories from a broad variety of grassroots movements and community groups in São Paulo's urban periphery. Home to over 5 million residents, the "periphery" is a belt of poor and working-class neighborhoods ringing the city center settled by migrants from rural areas of Brazil beginning in the mid-twentieth century. There, grassroots movements led by migrant women organized around day-to-day life to resist Brazil's military dictatorship (1964-1985) and formulate new ideas about citizenship and democracy.

For a special exhibit, "Songs of Revolution," featuring songs and poems written by grassroots activists in São Paulo, click here (also viewable below).

The project director is Daniel McDonald, a Ph.D. candidate in the Department of History and Interdisciplinary Opportunity Fellow at the Center Latin American and Caribbean Studies at Brown University. His research focuses on the history of citizenship, cities, social movements, migration, and gender in nineteenth and twentieth-century Brazil with an emphasis on the digital and public humanities. Previously, he served as assistant director for another large-scale digitization project, Opening the Archives: Documenting U.S.-Brazil Relations from the 1960s-1980s.